Question: Is the forgiveness period either 8 weeks or 24 weeks, or can you use anything in between?

Issue/Exception: If a borrower applies for loan forgiveness before the end of the covered period and has reduced any employees’ salaries or wages by more than the 25% allowed for full forgiveness, the borrower must account for the excess salary reduction for the full eight-week or 24-week covered period, whichever one applies to its loan. Under that guidance, PPP borrowers that apply early for loan forgiveness forfeit a safe-harbor provision allowing them to restore salaries or wages by Dec. 31 and avoid reductions in the loan forgiveness they receive. For example, if a borrower has a 24-week period that ends in November but wants to apply in September, any wage reduction in excess of 25% as of September would be calculated for the entire 24-week period even if the borrower restores salaries by Dec. 31. Thus, if you’ve reduced salaries during the covered period and you are going to apply for forgiveness early (and haven’t yet restored salaries), you may want to pause before doing so.

Question: What is the payroll expenditure requirement and is it an all or nothing deal?

Explanation: Initially when they dropped it from 75% to 60%, they indicated it was now a cliff (i.e. all or nothing).  They later retracted that.  So, if you come in at less than 60% payroll, you still qualify for forgiveness, but at a reduced amount.  However, this is likely a moot point now that you have 24 weeks to spend the money.

Question: What is the maximum forgiveness per employee?

Explanation: The PPP allows loan forgiveness for payroll costs — including salary, wages, and tips — for up to $100,000 annualized per employee, or $15,385 per individual over the eight-week period. The new interim final rule establishes the 24-week maximum for full loan forgiveness at $46,154 per individual.  While the employee compensation limit for the 24-week period is three times the eight-week limit, the interim final rule does not do the same with the owner compensation replacement for businesses that file Schedule C, Profit or Loss From Business, or Schedule F, Profit or Loss From Farming, tax returns. For those businesses, forgiveness for the owner compensation replacement is calculated for the eight-week period as 8 ÷ 52 × 2019 net profit, up to a maximum of $15,385. For the 24-week period, the forgiveness calculation is limited to 2.5 months’ worth (2.5 ÷ 12) of 2019 net profit, up to $20,833. Note, this means self-employed persons with no employees will receive full forgiveness.

As always, we’re here to help and answer any questions you may have. 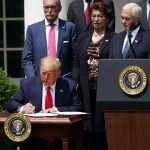 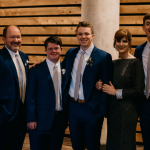